“Before I start, I have something to confess. In spite of my old age, I started riding curves “seriously” only one year ago.

It can sound a bit weird that, after more than 20 years of skateboarding, someone has never really rode any kind of curves.

But that’s the facts, when I was about two decades younger, I had multiple shoulder dislocations which pushed me to avoid as much as I could any kind of curves. Anyway, at the end of the summer of 2011, some good friends of mine finally convinced me to join them on the micro-ramp they had built in a small shed.

So, since these days, I did (and still do) my best to fight my inside demon and skate as often as I can this micro-ramp and my friend Baron’s mini-ramp.

I would say that this was the starting point of my DIY corner project.” 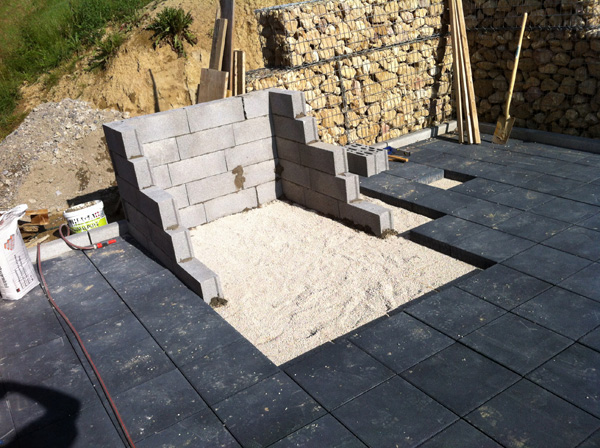 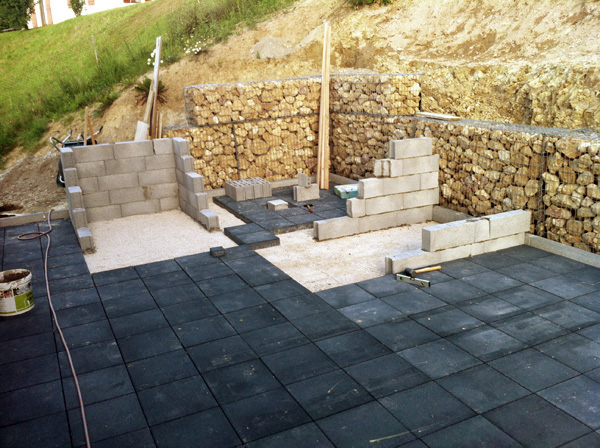 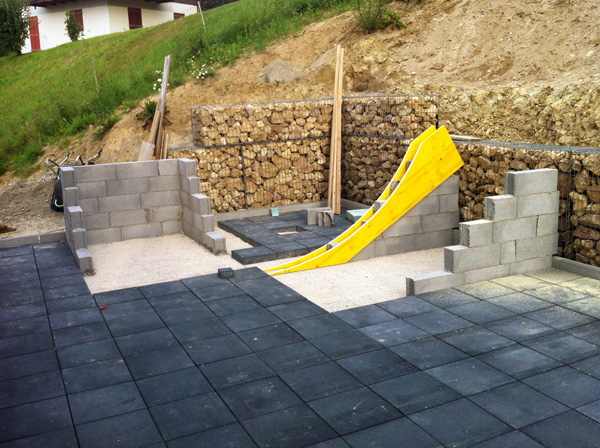 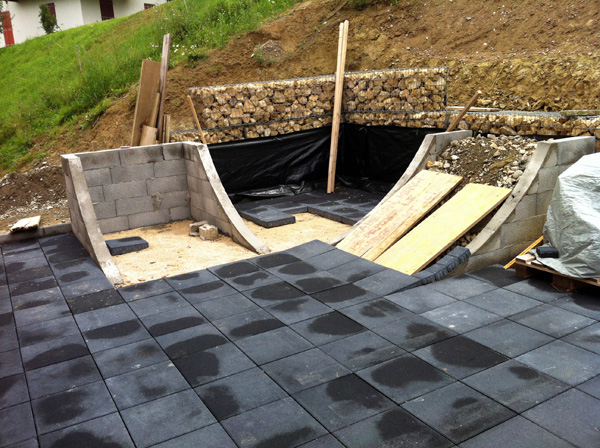 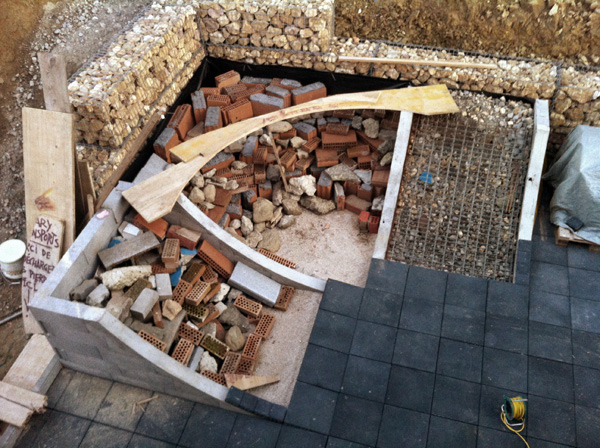 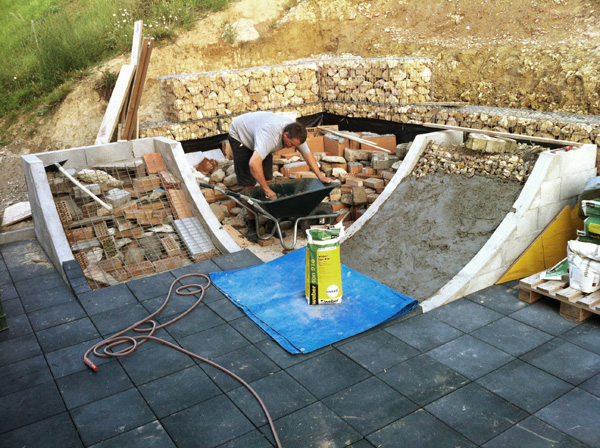 “The rest of the story continues with our recent move in a very nice house, located in a small and pretty village lost somewhere in the french part of Switzerland. There, I had the opportunity to build some skate stuff.

At first I just planned to build a small curb, but after a short reflection I had the idea to try to do a small corner (80 cm / 2.6ft high).

The place in front of the house was made with large dark pavement, so i thought that a nice curve made with the same kind of pavement could become a pretty nice spot.
Additionally, as we already had a micro and a mini-ramp (both made of wood), a small concrete and pavement corner would perfectly complete our usual spots list.

Then, helped by some great links found on Confusion’s website, a few videos, my Toyota Yaris (in which I carried – in one drive – 600 kg of concrete) and two friends, the corner took shape… day after day, weeks after weeks.” 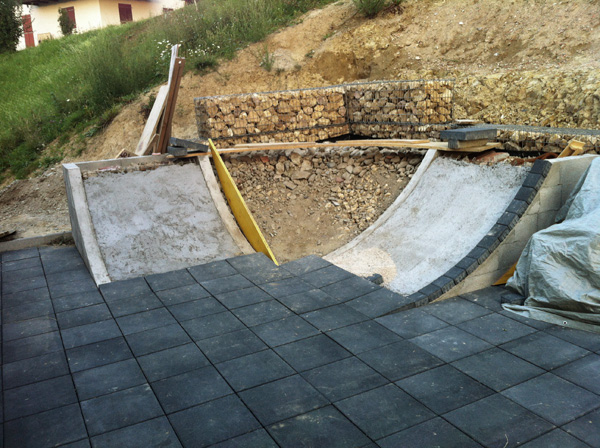 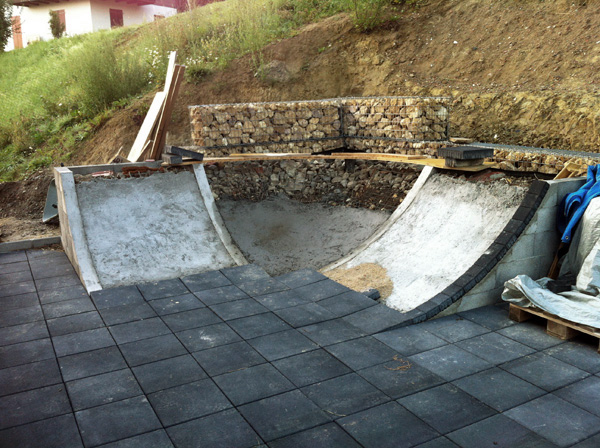 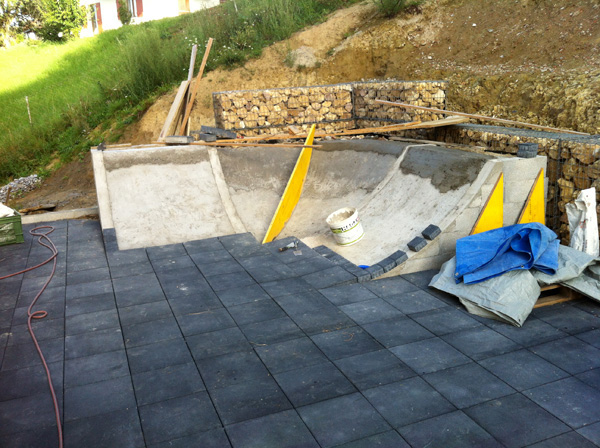 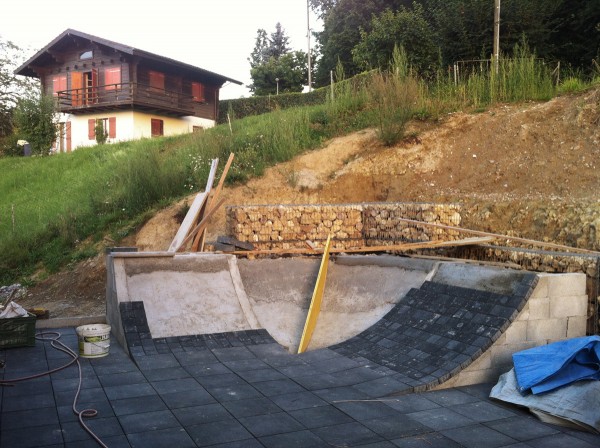 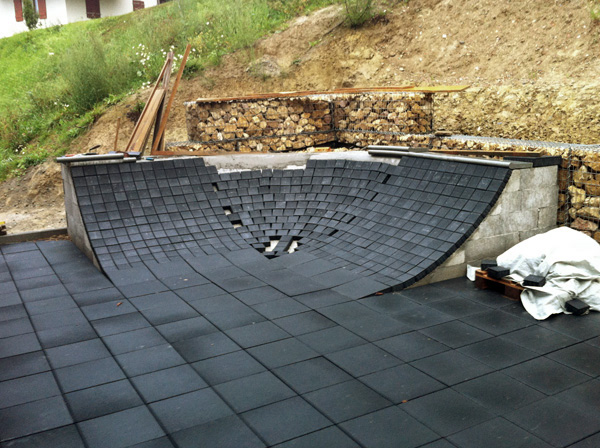 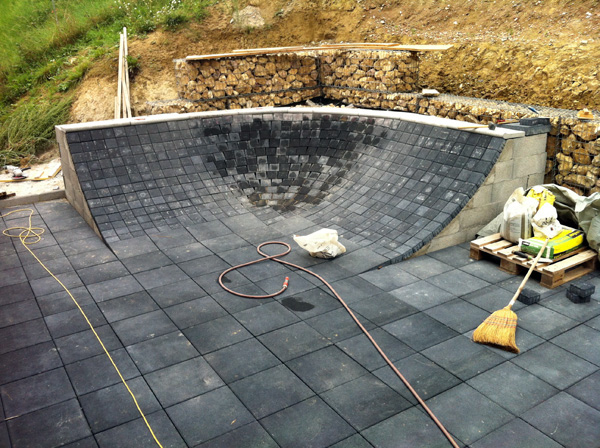 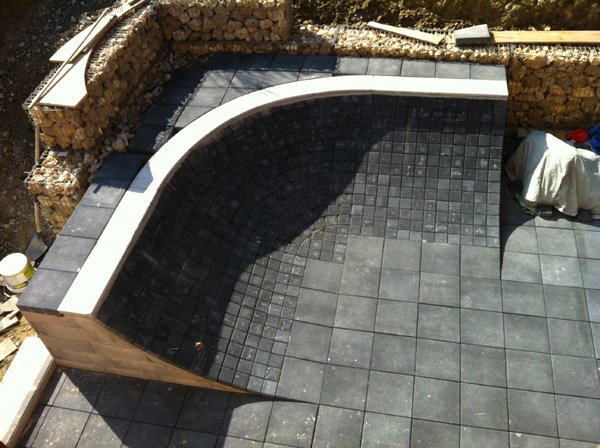 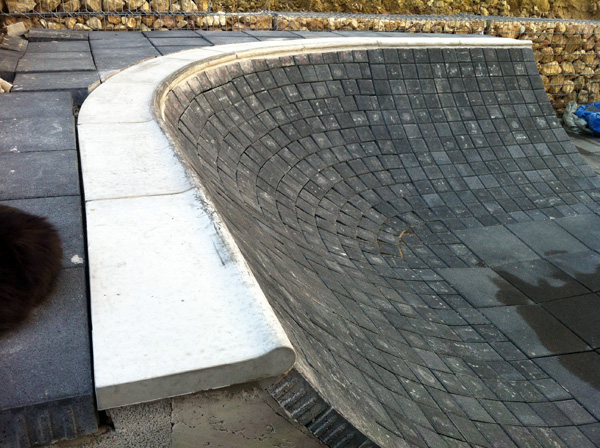 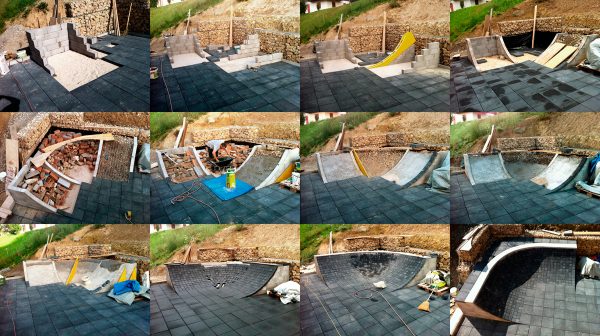