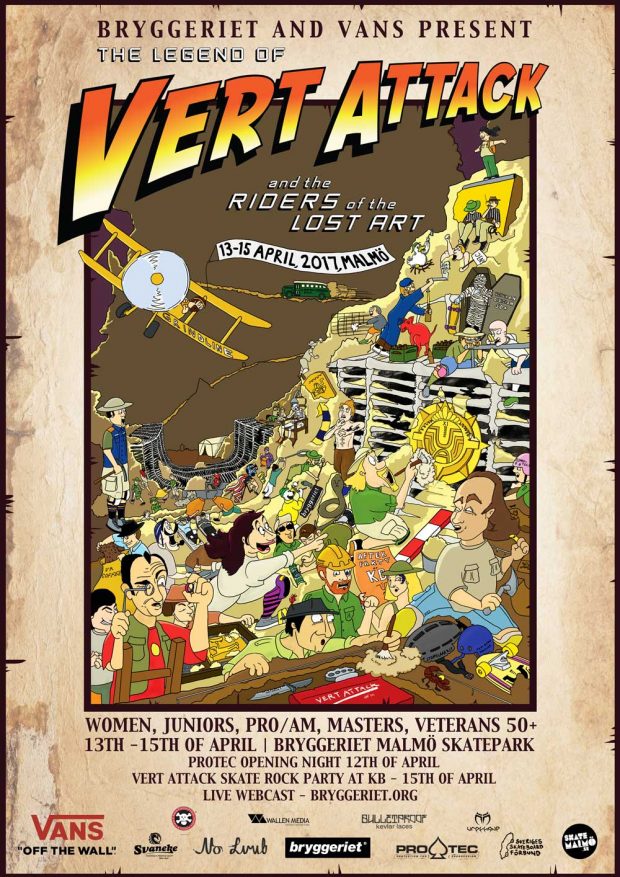 A year late and a euro short… last January in Sweden VERT ATTACK 6 went down – an epic two day vert show-down on Malmö’s “mid size” vert ramp at Brygerriet skatepark. The year before, Vert Attack 5 showcased vert skateboarding legends Steve Caballero and Christian Hosoi, and this years old school legend was none other than Duane Peters! Other than the the Master of Disaster showing up to perform at least half the tricks he himself invented, on hand were the new breed of american rippers Brad McClain and Ben Hatchell who skated the ramp padless, nailing every lip trick in the book as if they were skating a miniramp and there was no shortage of flying acrobatics from these fellas either. There were many other skaters at Vert Attack 6 bordering on legendary status, but one of particular mention which I was surprised to discover to be in attendance was that of the notorious Mike Vallely who lived up to his hype and was going full throttle.