The annual Bergfest is one of the best skate contests in Germany, if not Europe. Although it is technically a contest, this year’s event was more underground and diy with less big name sponsors and not so concerned with handing out big checks to the winners, but more interested in everyone having a good time with beers, falafels and skateboarding in the sun occasionally blocked by a few rain clouds which fortunately never burst. After the bowl session and a quick “best trick” session over the rail, Münster locals Svffer took the stage keeping the energy level high with some grind hardcore followed by  Dirty Fences a 70s style rock n roll punk rock band from New York City. Both bands were surprisingly good and a perfect ending for this year’s Bergfest… The show was over and the crowd slowly dispersed to either lurk all night in the parking lot, travel home, or head to the after party that carried on down at the harbor until the wee hours of the night…. until next year, thanks Koloss (and the other sponsors: Volcom, Rebel Rockers, Telum, Bailgun and MotoCity, for putting on a sick event where everyone had a blast. The winner, incidentally, was 13 year old Tyler Edtmayer from Germany who threw down a 540, 2nd place went to Kevin Wenzke, also from Germany who was one of the few spending at least half his time tearing up  the 11 foot high deep-end and blasting head high airs. Nick Bax from Netherlands probably got 4th place (although it was possible he should have squeezed into the top 3) with a variety of disasters, blunts and stalefishes, and 3rd place went out to young gun Johannes Haist also from Deutschland who skated good all day long. Another stand out worthy of mention was Robian Fifield who was throwing down some sick crails, airwalks to fakie, nosepicks and boned out airs, and skated ’til he bled. During the finals I filmed, so all these photos are from either before or after the finals, sorry about the incomplete and sporadic coverage.  Short video coming soon. 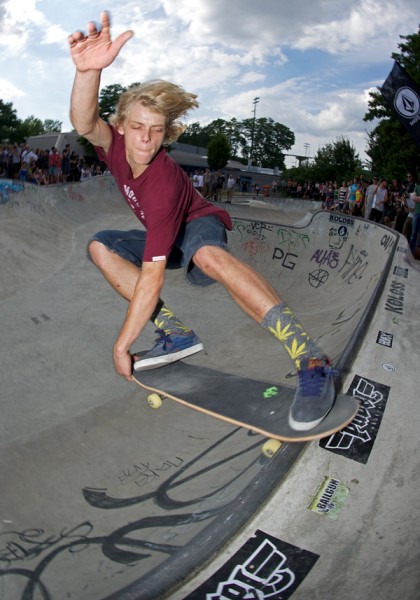 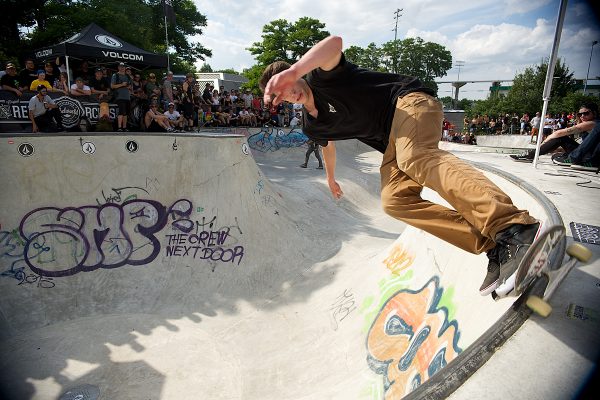 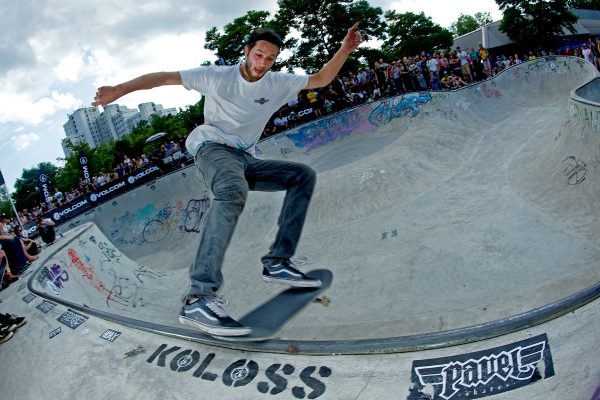 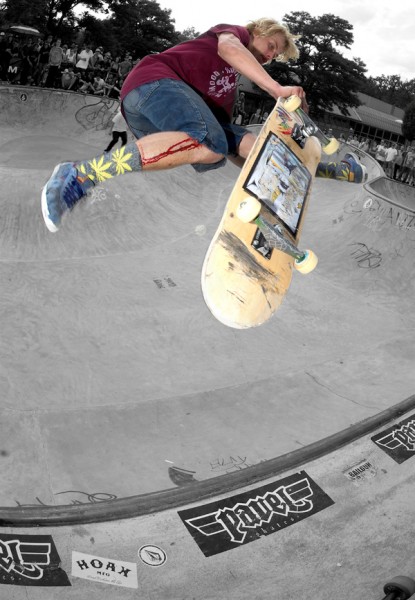 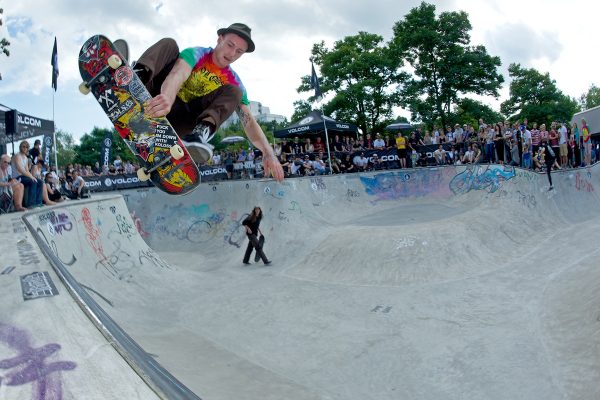 Remco Stolzesick from Monster in the Netherlands with a sick stalefish. Photo: J. Hay 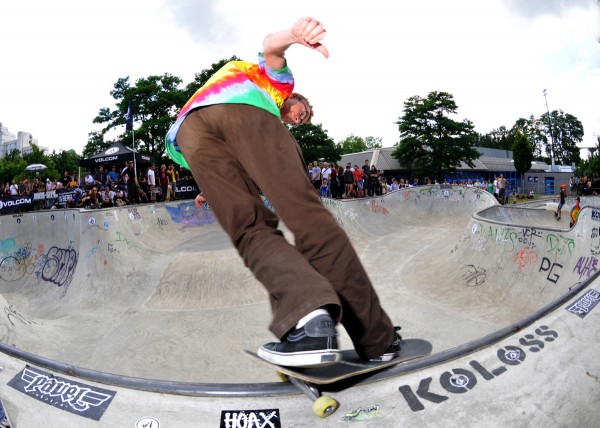 Bastian Conrad. Backsmith. He ended up hanging up later on and smacking his head resulting in a free one way ticket to the hospital with a concussion. Gute besserung! Photo: Daniel Halfmann 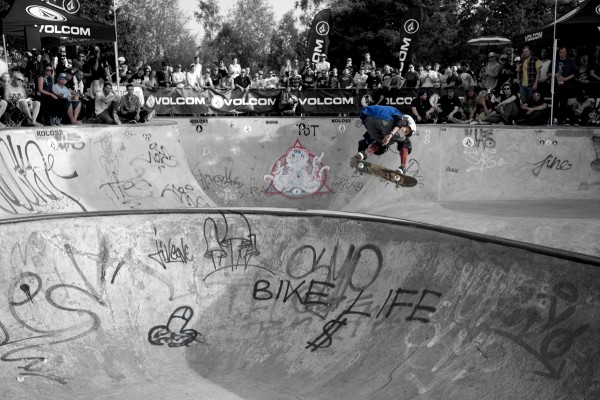 Unfortunately the only photo I have of 13 year old ripper Tyler Edtmayer who took first place is this backside ollie tailgrab in the shallow end. Photo: J. Hay 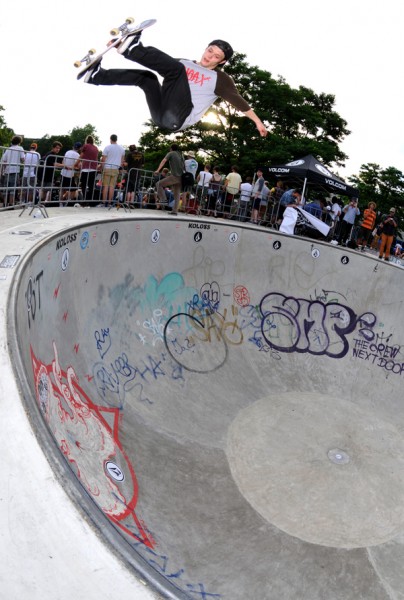 Kevin Wenzke. If there was a big air contest, he would have won it. Photo: Daniel Halfmann. 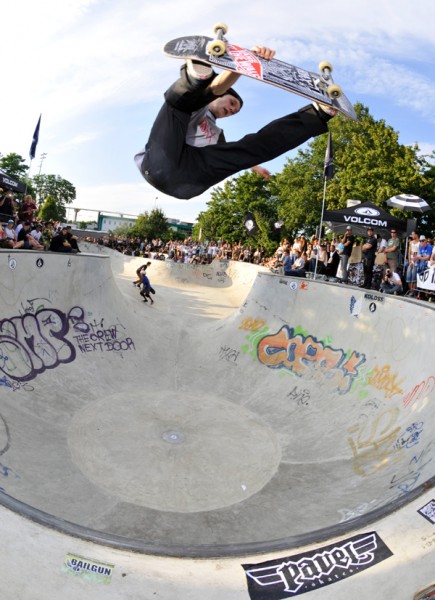 Kevin Wenzke. Above and beyond the call of duty. Photo: Daniel Halfmann 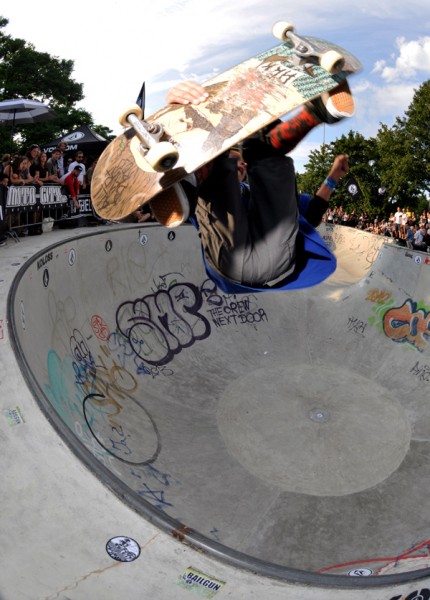 Tyler Edtmayer. 540. One of the more difficult radical tricks to shoot. But landing this one definitely helped his cause for a first place finale. Photo: Daniel Halfmann 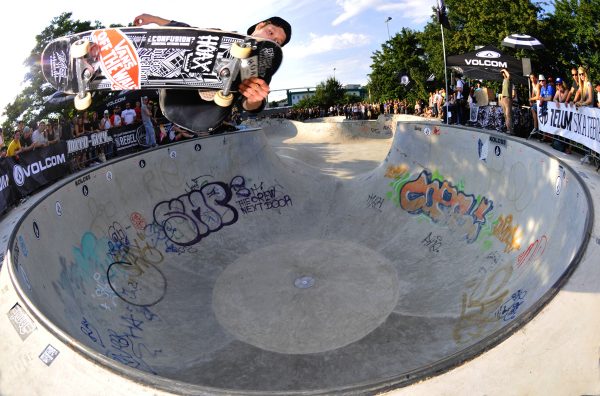 Tim Bijsterveld was injured so no inverts or bomb drops today, but at least he was partying all night, all day and all night again. He won 1st place at puking. Photo: J. Hay

Svffer took the stage and grinded out some aggression. Photo: J. Hay 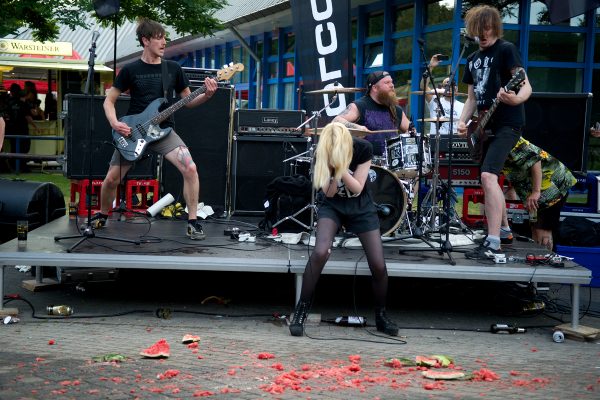 Young or old, rich or poor, black or white, we all Svffer. Photo: J. Hay 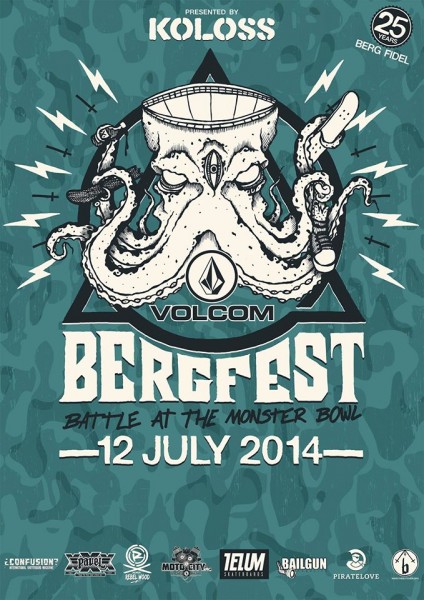