Located in the distant northern side of Mexico city in the industrial zone there is an abandoned sports complex called Deportivo Ferrocarilero, before closure  this complex was used by the railroad workers who were part of the railroad syndicate, we don’t  know when it closed but you can tell its been more than ten. To enter you have to climb over a fence and walk through the abandoned buildings to get to the olympic sized pool, which still has debris  in some parts. If you’re lucky the caretakers of the complex will take several hours before they kick you out, sometimes we can give them a little bit of money and they will let us skate.

During rainy season the pool fills up and only the sides of it can be skated , once the season passes the stagnant water is cleaned up by the crew and ready to skate. The highest transition is the most fun but also the hardest to skate. Without a doubt, in a short time this spot has turned into a cult spot for Mexican skaters. 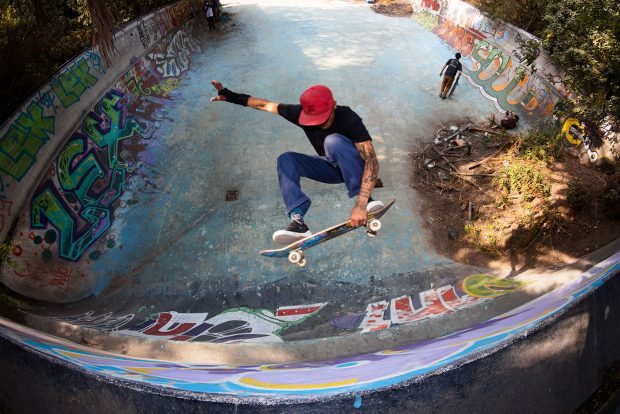 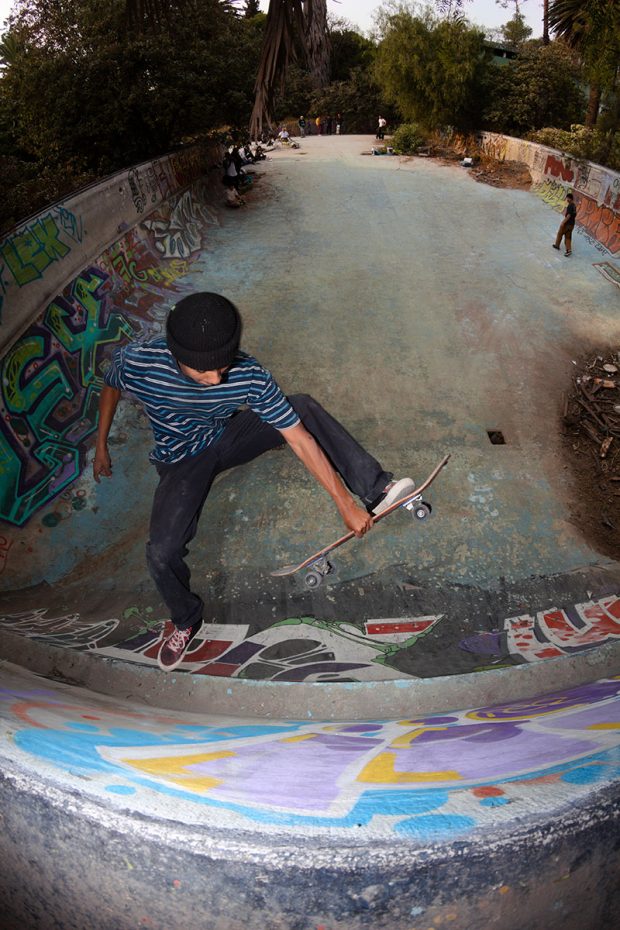 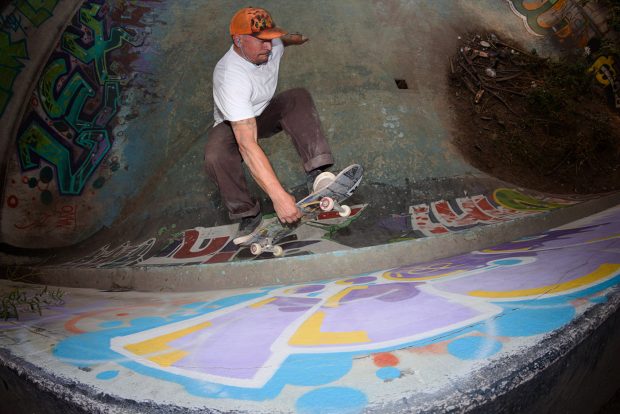