“I just wanna cover some good skaters doing their stuff. It pretty much covers what we have to skate in this part of Norway. Some of the best skaters of Norway are in this video and a little part from the old days. It was shoot in my hometown where we used to skate. It was at my high school and it was illegal in Norway to skate then. So every now and then police came and tried to arrest us or just to have fun. I think we all had fun when the chasing started. Pretty good memories when the cops chased a bunch of kids through the streets. I even got arrested once with handcuffs and everything. Ah the good old days…”

“What I tried with this film is to show what spots we have and what kind of people ride them… And to skate you can’t be a pussy. You have to commit to progress. It doesn’t matter if you are a Pro or an Am you still have to commit. And that’s why I called it No Fucking Posers. It was a thing we wrote all over in the old days. Since it was illegal it attracted many people who were only in it for the image it projected: outlaw, criminal, danger, etc. So we wrote NFP everywhere and tried the best to keep the posers out.”  – Roy Løsnaess 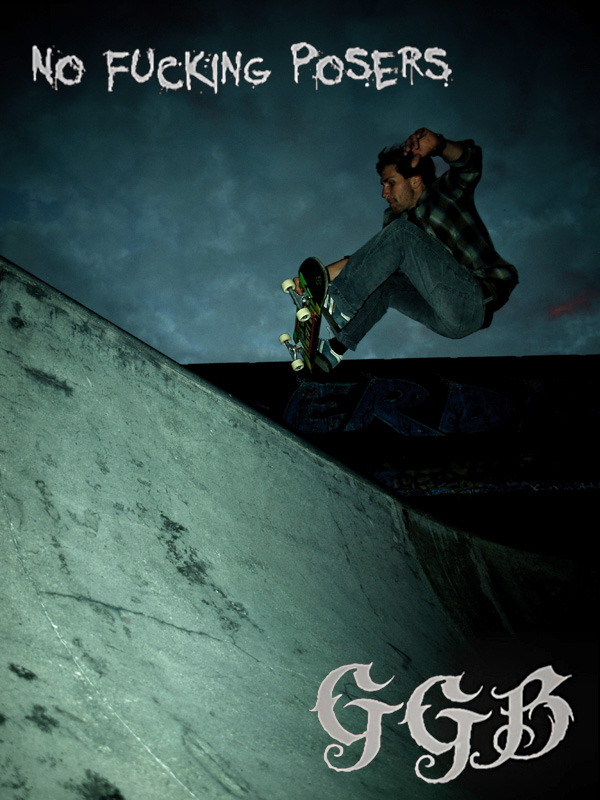