The second edition of Area 51’s CRUISE AND BOOZE was a blast. Teams of two skaters from Belgium, Netherlands, Germany, Austria, Basque Country and England showed up in Eindhoven to have more like a session than an actual contest, the way it should be. In the end, Szymon Stachon and Maarten van den Bossche from Belgium rolled away with the win, followed closely by crowd favorites Jake Snelling and Joe Howard from England who annihilated the deep end with endless combos of old school vert style lip tricks and aerial variations. In third place were locals Nick Bax & Jeroen Sars who floated stylish airs over every hip in the bowl as well as grinding down every inch of coping. The contest was over but everyone was still craving for more… so the party continued into the city until wee hours of the morning. This years event is going to be more boozing, more cruising and more good times! If you can make it to Eindhoven tomorrow, Saturday March 21st, you’d be making a mistake not to go!! 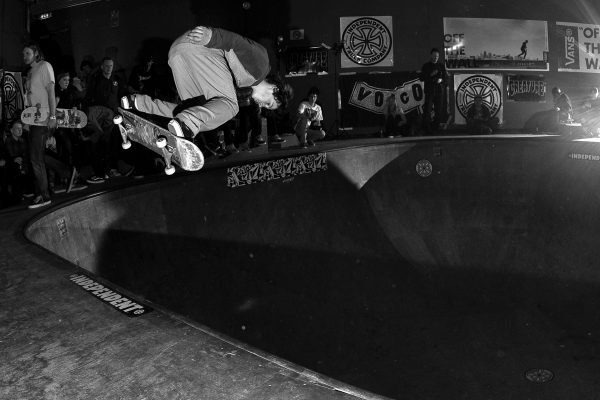 Szymon Stachon with a lofty air in the corner.

Jake Snelling. Roll in off the extension.

Szymon Stachon. Going into a backside disaster on the extension.

Diego Doural. Backside boneless on the Knock Out Blocks.

Jake Snelling. Invert to texas plant. Believe it… or not. 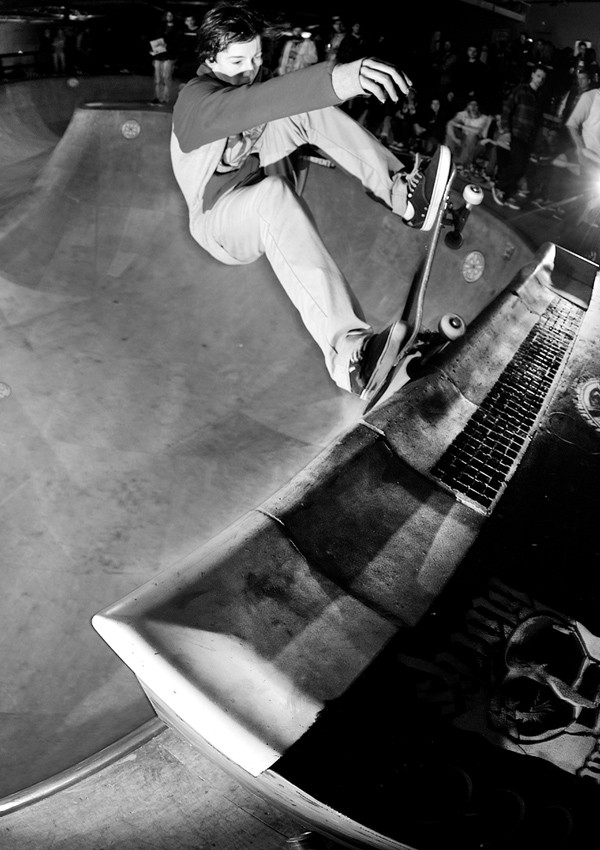 Joe Howard over Jake Snelling. For the win…

Knock Out Blocks crew. Fuck you too.

Cruise and Booze “warm up” session by Confusion Magazine

Cruise and Booze contest by On the Roll