The idea of building something in the town started in 2018 when Jon Aguirregomezcorta was skating alone in Eibar, Basque Country, a similar situation to the skaters from the surrounding towns; he thought in his mind: “If  graffiti writers can go painting in those abandoned factories to produce their pieces, why am I not going to build some ramps?!”

So, he met up with some skaters from the surrounding towns interested in the idea amd a younger local called German Gomez. With his help and also the help of people from different towns like: Jon Ansola, Imanol Ansola, Iñaki Badiola, Aratz Arandia, Lugh Mathew, Jon Mallet, Kevin, Raul, Jordi, Josep and Haritz Kuba they started cleaning the dirt and dust off the floor and made the first quarter and wallride, meanwhile they also had a metal locker as a grindbox.

They got through their first year without problems with the authorities, and also not with the neighbors, so Jon met the neighborhood president to explain the project so as not to get any troubles. At the same time there were some new local rippers (Lucio, Aitor, Gorka, Eneko, Erlantz, Ander, Urko, Unai) helping with the project. At the time they were making more progress and they also made a gofundme campaign for anyone that wants to collaborate in the project. They also got  instragram (@frediyskate) for anyone who wants to get in contact, visit, collaborate or simply watch their little progresses. Nowadays, Jon A., Lucio, Aitor I. , Lugh, Jon M, Clara R. and more riders from the area are running their third year and the place is making a lot of progression, “We started without knowing how to work the concrete but we have learned a lot and now our concrete work look much better“. 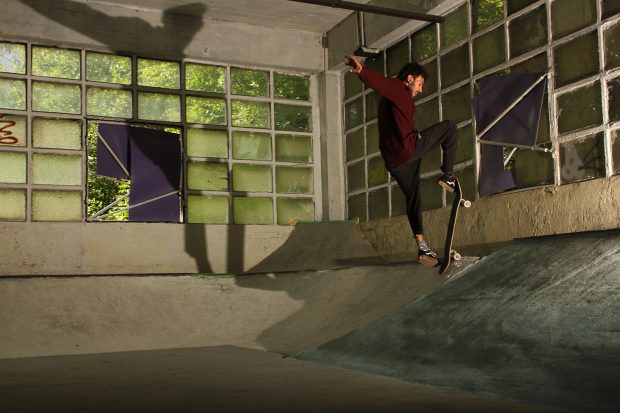