It was the summer of 2011 that Frank asked his dad if he could put a little wooden mini ramp in his dad’s old cow shed which was just full of beat up old vans and various bits of knackered old equipment. His dad said he could have one corner of the shed. Frank built a small mini out of old scraps of wood and ply he had laying around which got skated hard but pretty much fell to bits after a couple of months. Frank said he wanted to build another one but from ‘crete, so he cleared another corner of the shed and poured the first two transitons on his own. It didn’t come out the best so we (me, matt, ray, dan, willis, barry, jay) said if we could just extend it a bit we could make it better so that was the start of it, the shed was gradually cleared of junk and more crete was poured. There was never a plan of what it should be, it was pretty much build a bit, skate it, and see where the next bit needed to go. All the back fill was dug from the field outside the shed and just shaped by hand and eye without any real forms. We just added to it over every winter, all chipping in cash for materials or nicking stuff from work! The last section was finished about five weeks ago. 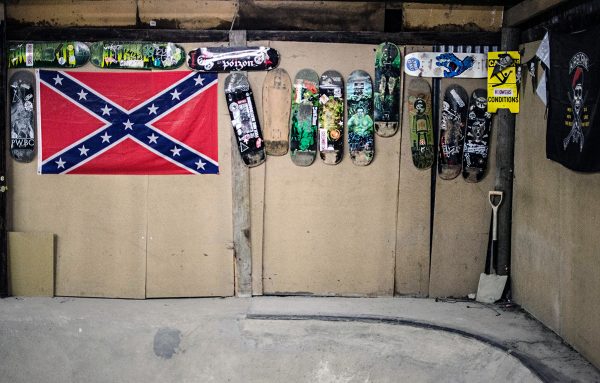 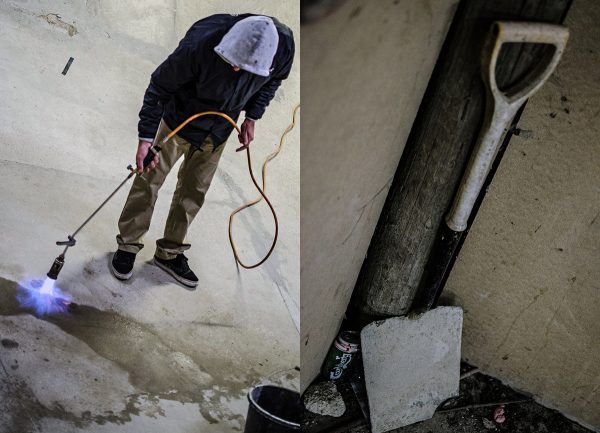 Tom Frankham put down the camera and got some rocks of his own. Photo: