For the last weeks I visited a friend on the Canary islands, which was meant to be a surf trip. I made myself a dream come true, I bought a water housing including a second hand camera, and snapped my friends in the lineup! 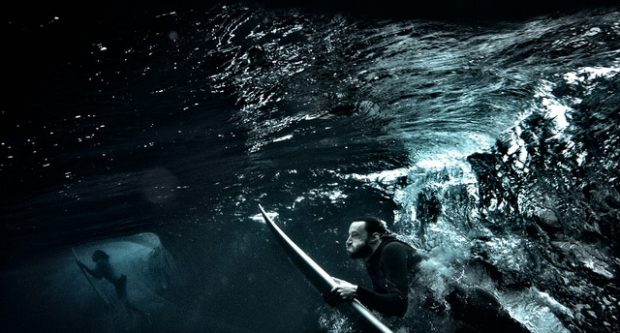 Bottom turn in the Canaries

On our way back from the beach I was looking 40+ meters down a canyon from the car’s passenger seat and spotted a potential skatespot below a dead end road bridge. A couple of days later we passed the canyon, but did not manage to find the bridge with the maybe spot underneath… later on I g-mapped the area and pinned it.

A day before I left the island we went there and found it. A pretty hard bank / wallride with super rough floor and a short three meter run up. My idea of doing a wallride fell apart the moment we jumped down the canyon, but I had the idea of shooting a wallride from an angle where you are able to see the canyon, the houses above the street, and of course the bridge and somewhere down there, somebody on a skateboard, doing something in this wild place. 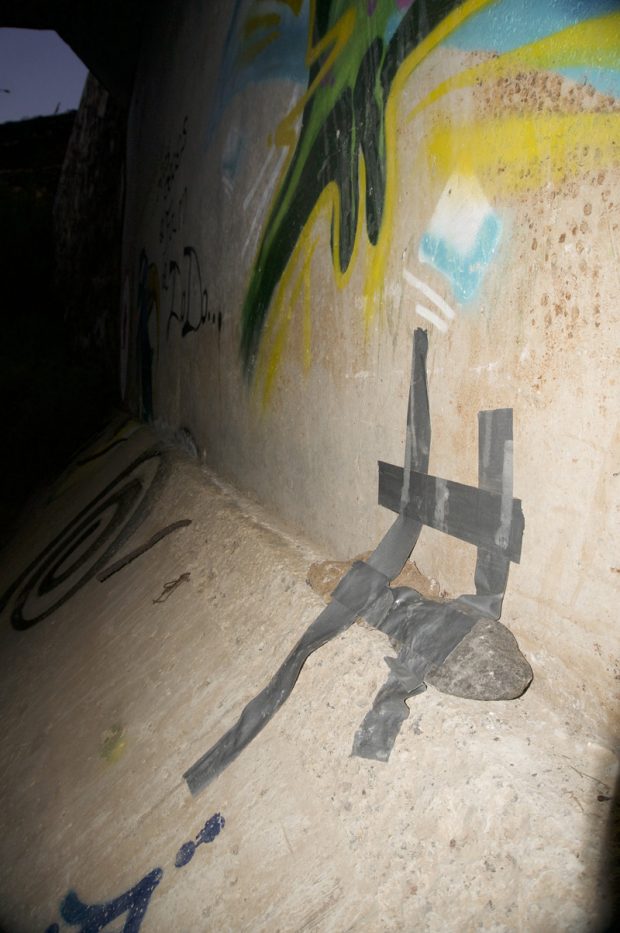 I thought about the shot like a detailed painting to be explored inch by inch, a picture your eye is sloooowly moving across and every time you watch it, you find some new detail.

David, who just arrived on the island two days before and originally was not on our radar, because nobody knew him, was at home and we asked him to join our session. In the end HE sessioned and fucking destroyed the barranco spot!!! He tried sooooooooo hard (about 90 times) to stall a blunt to fakie. The best thing is, David did not even knew what a “blunt” was. He just speed freaked up the bank, banged against the wall & popped back *BANG*! 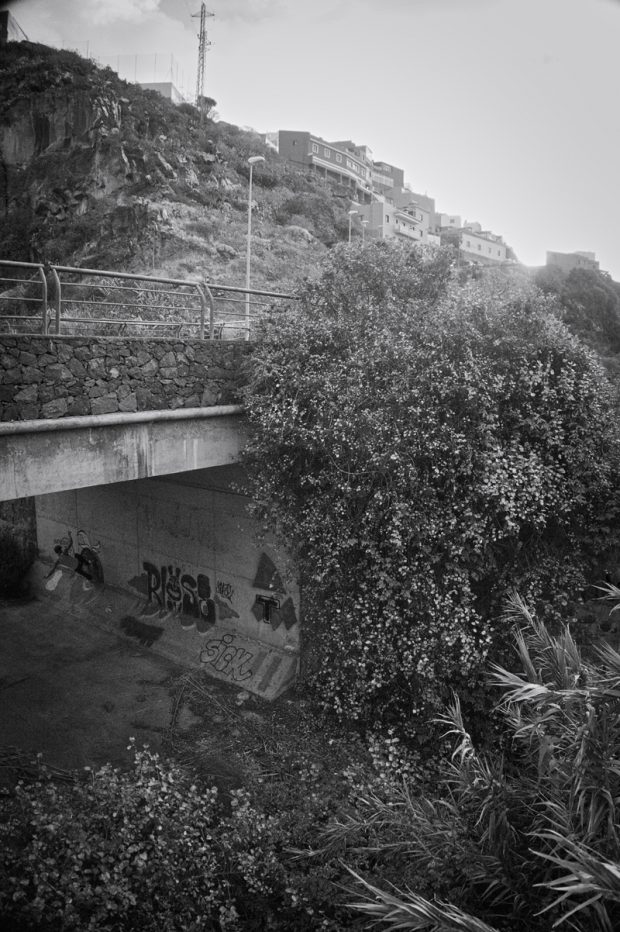 David. Blunt to fakie – under the bridge – somewhere on the Canary Islands

There was a little, nasty gap between the bank and the wall. Manu duck taped some stones in and Dave killed it! He was so stoked that he ran up and did a wallride to backflip to his feet afterwards! WOW! 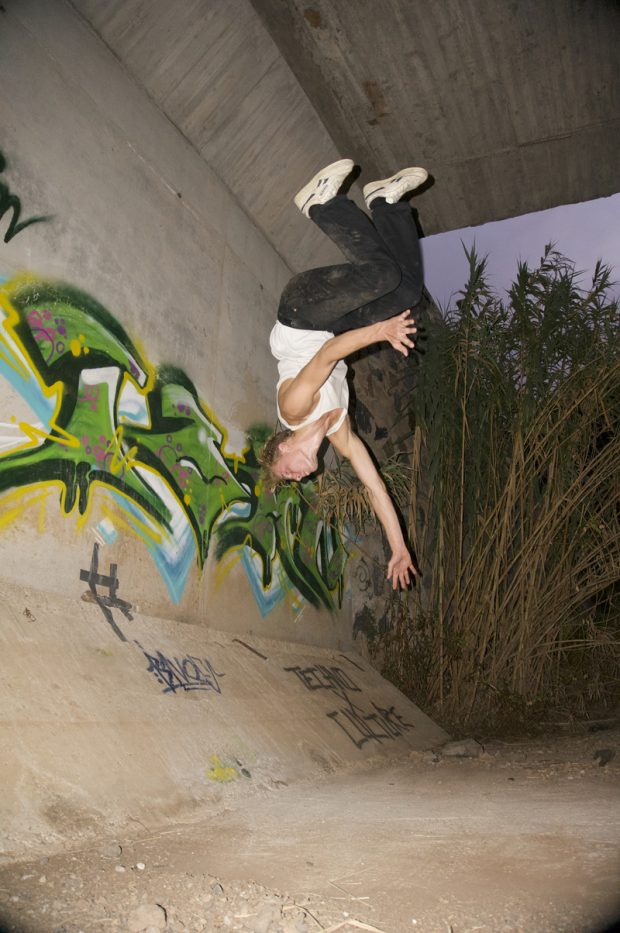 Some people high five their buddies, David busts a back flip off the wall

Cropped / detail version of the blunt to fakie