Malmö DIY was the 3rd annual event at the Sibbarp skatepark in Malmö, Sweden. It’s not about the Sibbarp skatepark being D.I.Y., it was build by CONCREATURES, a skatepark construction company ran in Sweden by Dave Toms and Jezza from Australia. The D.I.Y. event focuses on things like grip tape workshops (hosted by Zarosh) and other small skater led organizations that are doing their own thing, big or small, without corporate funding. BBQ, bands, Servant shoes for sale on the hood of the Servant van.. you know… no corporate bullshit. Just a small skate event, everyone having a good time, with some full on skateboarding action from a mostly Scandinavian crew. Malmö DIY is the first event of the Betoncup a concrete skate park series around Sweden that culminated at the Ultra Bowl at Stapelbäddsparken in Malmö. Of course, it wasn’t just about flying to Sweden for one small skateboard event… it was to take in whatever was going on that weekend. Seize the moment. Malmö rules. Always and Forever.

It’s become a tradition of mine, arrive in Copenhagen airport, take the train across the Øresund Bridge to Malmö, get off 15 minutes later at Central Station. Put the trucks back on my board, and skate three minutes to 7-11. Buy a Swedish beer and head to Stapelbäddsparken. On the way their text message some friends and see who is around, even if no one answers for an hour or two, when I get to the skatepark I usually see a couple people I know and then go from there. Figure out where to stay for the night, what to do that evening and then everything else falls into place. 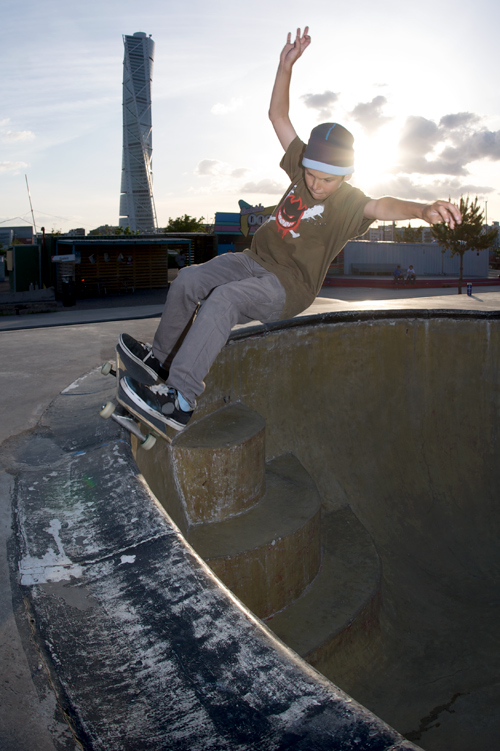 A small session was going down at the park. Some Austrian’s were passing through and skating the backyard pool. They left, and “Oski“, Oskar Rozenberg Hallberg, Servant shoe’s youngest ripper showed up and had himself a solo session in the pool. Then Linus and Pär Mag dropped by, we took some runs, and then headed off to Pär’s house where I ended up crashing for the weekend. The next day we went to Sibbarp and checked out the event. The quarter pipe, where most of the big tricks go down, had a new paint job: a radioactive tsunami wave in toxic green. Check the videoand here’s a few photos: 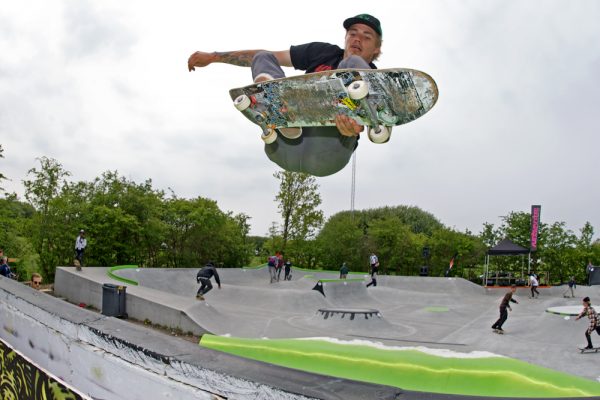 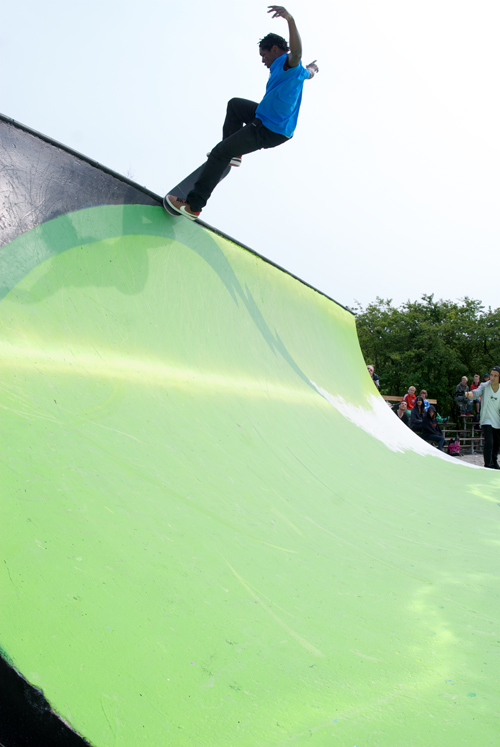 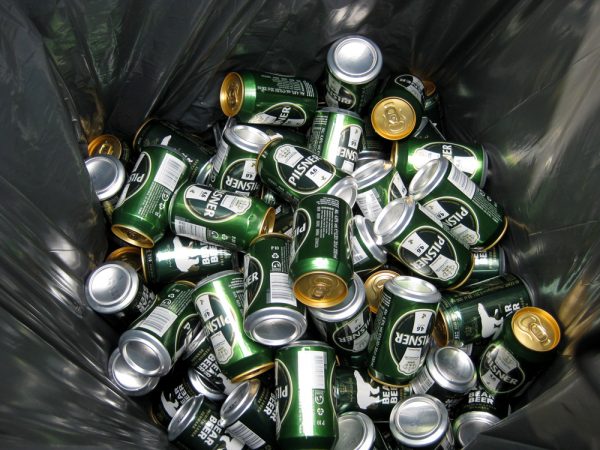 I always forget this kid’s name. But he’s got a good sense of humor and loves skateboarding. Back smiths. 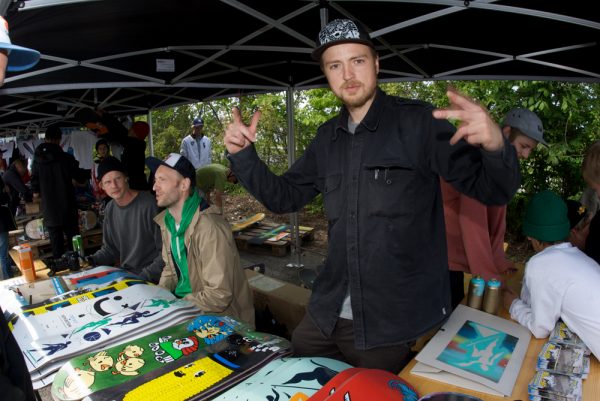 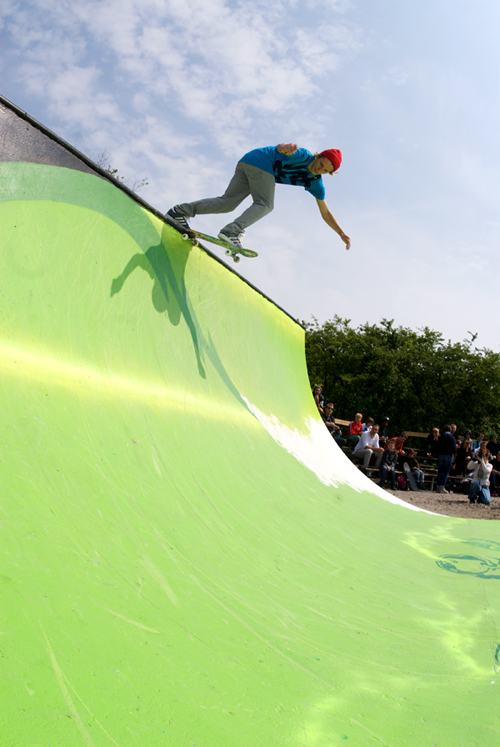 Balder busted a big boneless bailed bashed chin chipped tooth and off to the hospital to wait for stitches that he never got. Ole Rauff does NOT like this. 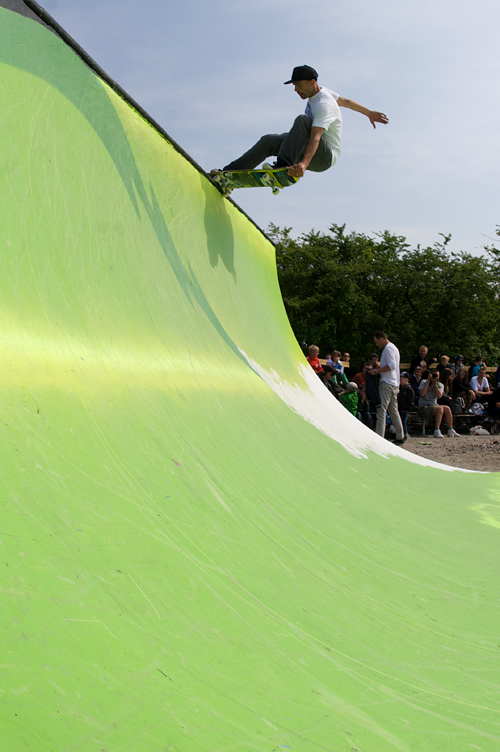 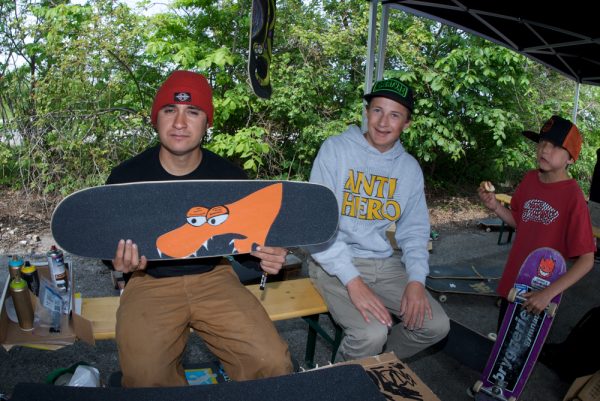 Zarosh with a finished product in his Do It Yourself griptape art workshop tent.

So the contest was over and moments later the ominous rain clouds which had been threatening all afternoon burst and had everyone scattering to shelter… I ended up with Jezza and we strolled the streets killing some time until an art show opened. We hit that up, had some free champagne, and checked out some really good drawings. Then we were off again, some vegi falafel’s to fill the stomach and eventually ended up at a HAPPY bar where the after party was taking place. Malmö metal heads OBERION took the stage a and ripped through their set. After that was OLD BASTARDS BAND. They were pretty good and funny too. The show went on, beers went down, people scattered and the weekend was more or less over… and a new journey was about to begin, following around Zarosh, Pär Magnusson, Mattias Nylen, and Snoken to Denmark, through northern Germany, and across to Belgium…. The end (the beginning)… 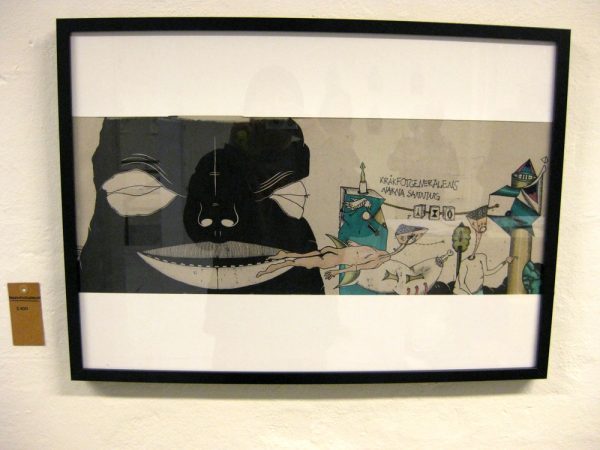 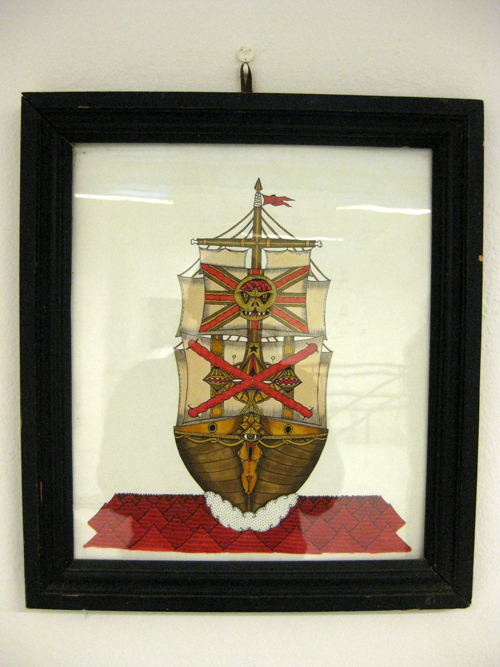 Jezza and the Hunt for Red Octopussy 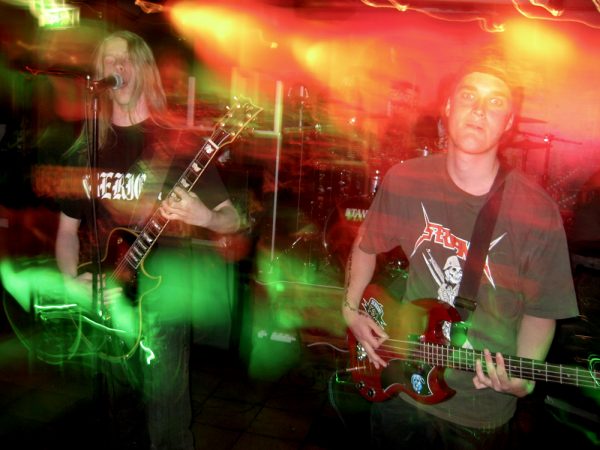 Old Bastards with cameo from Ralph (the Darkness)