NorthBrigade is one of the oldest skateparks in Germany, established sometime in the 1980s. About three years ago the locals built the first concrete bowl in Cologne at the far end of the skatepark, called the Owl Bowl. Plans were later made for a full rebuild of the outdated skatepark, finances were put in place and before you knew it, the destruction of the old park was underway and Anker Ramps were called in to construct one of the biggest skateparks in Germany. A bunch of my friends were involved in the build from all over the place: Rohan Anderson from Australia, Mico and Kupa from the R.O.W gang in Slovenia, Tobi Hees and Matteo van der Hell from Cologne, Juan and Ernesto (Zut skateparks) from Basque country, and the rest of the Anker Ramps crew. Since my friends built the bowl, I had the chance to sneak in a few sessions before the official opening, which is tomorrow, 11am, November 2nd, 2014. These are a few of the moments captured in the last few weeks.

Bieber from Trier (DE) works for Anker and helped build NorthBrigade 2.0. Front smith coming out of the deepend.

Jon Chaconas visiting from California after a month in Jordan, Israel and Denmark, stopped by Cologne and lucked out on one of the first sessions in the bowl and nailed one of the first corner airs in the deepend.

Tobi Hees aka Kaptn Neptun, another one of the builders of NorthBrigade 2.0, from Köln. Front smith in to the night.

Mico, R.O.W gang member, boldrider, another one of the guys who built the bowl, also from Slovenia. Slob plant.

DIY style snake run, two weeks ago. The last section of the park to get finished except for the flat area.

Halloween 2014. Tobi and Rohan check out the line over the hole.

Rohan Anderson, from Australia, was another one of the builders. Pictured here, the first one to make it over the hole. Hundreds will do this in the future, but Rohan did it first.

Rohan Anderson. Frontside nosegrab over the hole on the pool coping at the end of the snake run. Photo: J. Hay

Rohan turning on his street game with an ollie from the deck of the big bowl into the street course bank.

Rohan Anderson. Floaty frontside ollie in the midsection of the bowl. 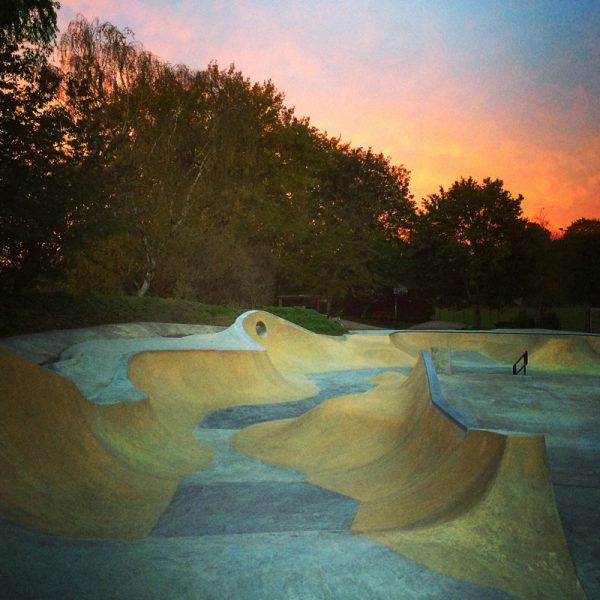 All Hallows Eve at the Northbrigade. Photo: J. Hay