After a big hit with the previous “Infernal ramp contest” and the completion of ramps at the OLD SCHOOL SK8 CLUB at a warehouse at Carpinteria 14 in Cadiz, Spain, the members of the Club and Skate events got together and organized the SKATE ROCK PARTY, a skateboard event full of skating, girls and Rock & Roll.

This past November 17th everything was ready for the SKATE ROCK PARTY.

From 9 o’clock in the morning skaters were arriving at the indoor park. Correa and Charly were the first to hit it up with a Z-Flex board in the purest old school style. Charly Guerrero spent the whole night on bus from Murcia but hit it off hard despite his long trip.

Later on, more skaters by likes of Alberto Velázquez, Germán Pontiga, Jimmy Fontecilla, Jeffrey Luque, Andrea Benítez, Tito García, Jose Felix el Rayo and Pablo Berenguer started showing up and ignited the ramps with their constant ripping. After a great contest presentation we all got the idea that we were going to witness a great contest as we watched the skaters tear up the ramps through confetti and party balloons.

Charly started doing transfers from ramp to ramp as if it were a simple spine. 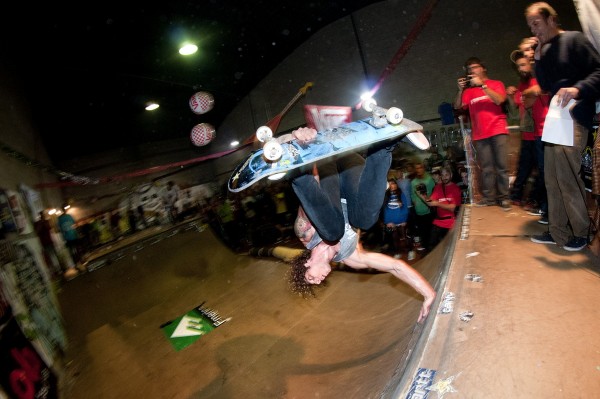 Correa did blunts to fakie on the wallride looking like he was hanging by a thread and Merello did inverts until his board stabbed him in the chin and baptized the event with the first injury. 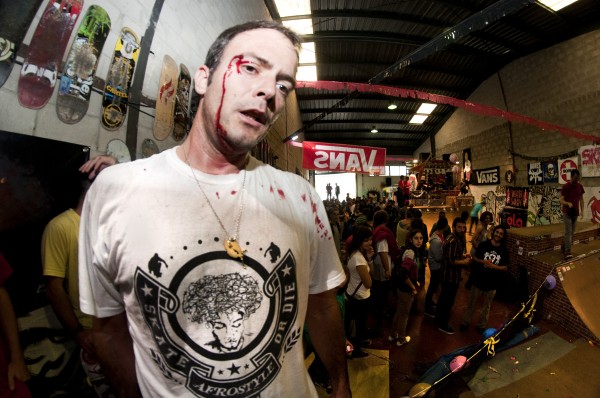 As the morning rolled by Jeffrey scored some nice FS kickflips and Jimmy did switch heelflips, noseblunt slides, japans and a bunch of other really fast technical tricks. Alberto Velazquez started flying backside sad airs when he saw Charly doing Indies and Tito Garcia landed some huge kflips to fackie, airwalks and all kinds of blunts. German Pontinga got in a fight with the wall and the end of the park and kicked it to death with foot plants to fakie. 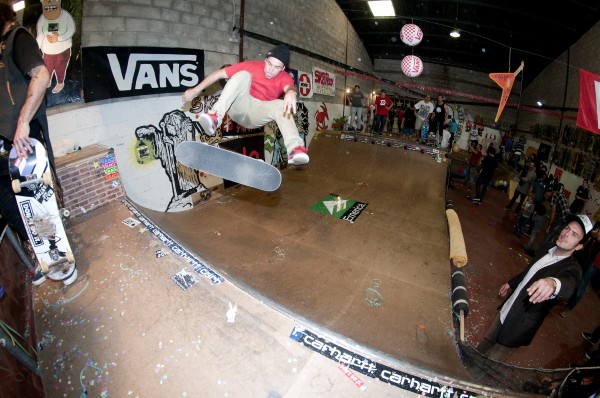 German Periñan would occasionally drop the speaker mic to make sparks fly by grinding every coping in the house and even landed a backside kflip to tail from the mini ramp to the vert extension on his first try. Lenguita wanted to win but he couldn’t find his rhythm until he started skating switch stance. Alberto Velazquez and Jimmy Fontecilla started working up a rhythm that was hard to keep up with while the rookie skaters did endless runs.

“El Rayo” twisted his ankle and Merello got yet another bloody wound by cutting his brow, this time, because of a nasty hang up on his way to the extension. Correa grinded with the Z Flex as if he were Jay Adams and Jesus Cansino Estorbi started flying so high he ended up almost killing himself after a nasty fall. We’re with you Estorbi”.

The crowd was pumped and within it you could spot hot chicks and skaters from the 90’s like Sergio Luque or Alvaro Brady, both from the Kikoskate era. There were also many skaters from all around along with shop representatives and collaborating brand reps. We would like to thank all the members of the OLD SCHOOL SKATE CLUB, German of Skate events, Xuxo of Ola, Bertrand of Carhartt, Now, Sessions, Maple, Justo of Skatemafia, Consolidated, Danny of Vans, Rata, Jimmy of Grimmey, Jart, Oriol of Rock Star, Sole Technology, the Nomad family, Unity Skate, the stores in the area and the good vibe and power brought by the assisting crowd.

Awesome tricks and a killer vibe have breathed new life to this area that hasn’t seen an event like this since the Spain national skateboard championship in ’91. We all had a great time and feel that the event will be a staple for years to come by the name of SKATE ROCK PARTY 2012. See you next year!!! 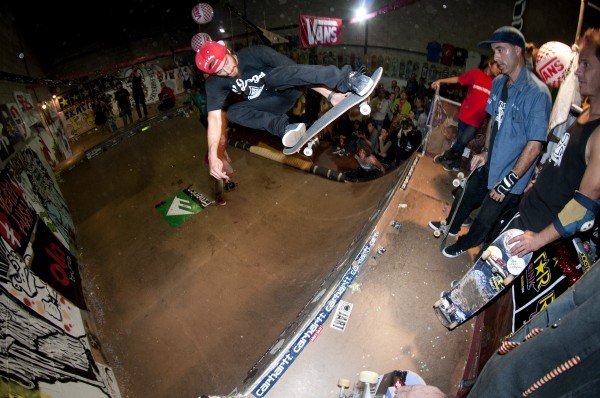 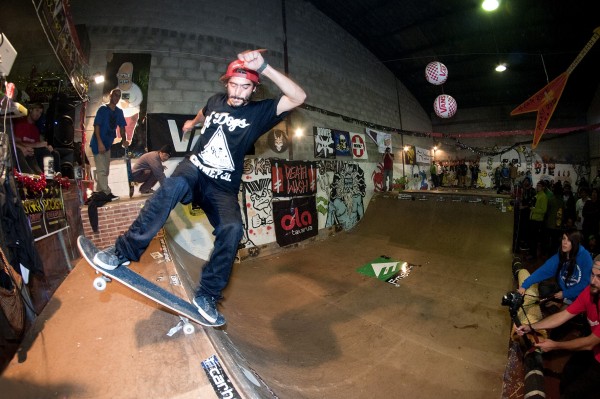 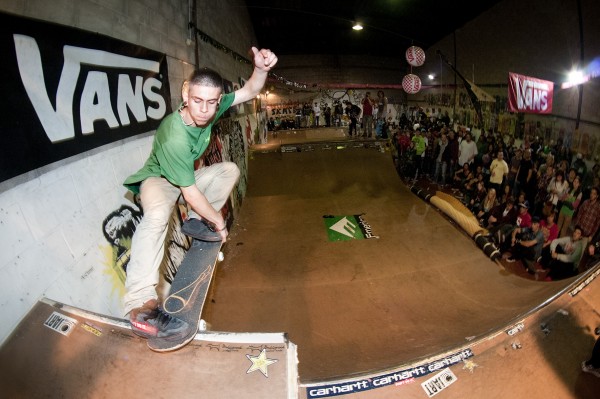 Figue. Crail on the extension. 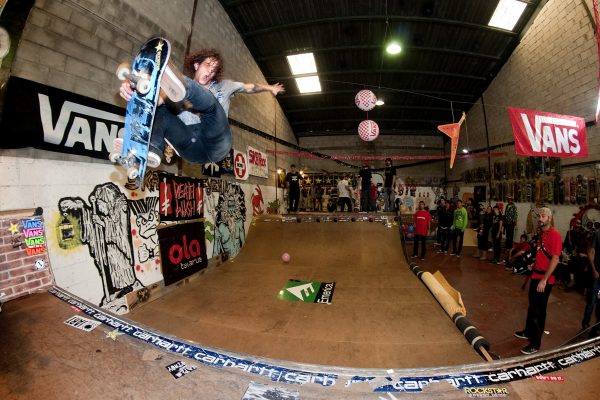 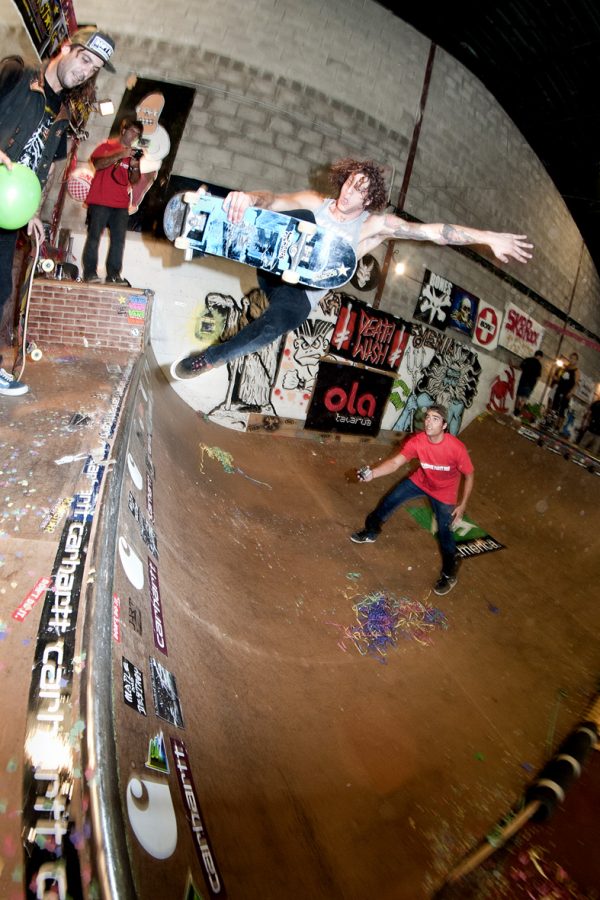 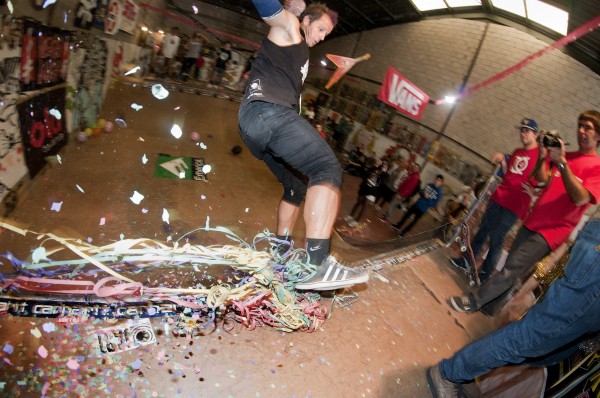 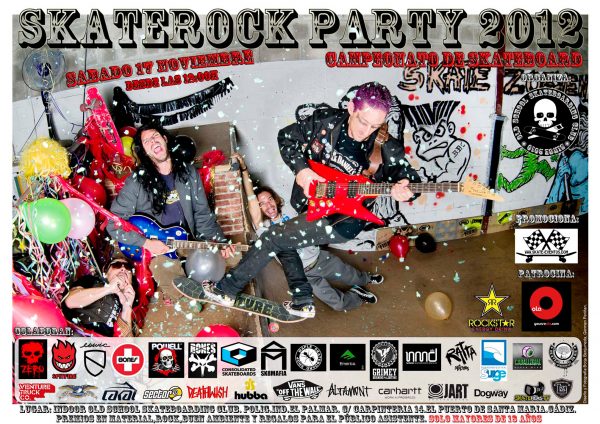