KANOA is a skatecrew from Barcelona, a group of friends who skate everyday. For the love of skateboarding, friendship & KANOA.

Life goes on and we live far from eachother now, so even if not all the crew was at the Interrail it was kind of a reunion. 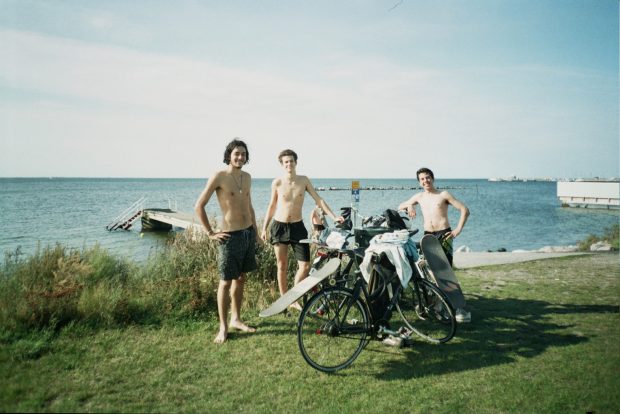 The Hostel was located next to the Westbahnhof. After arriving and doing hostelstuff we went to Langefelder skatepark. Definatelly not the best park but fun obstacles and a nice miniramp. After that we went to a little skateplaza at the Neubaugürtel with perfect marmor ledges, good flatground and a wierd curbspine thingie, awesome spot and skateable all night.

The next day we skated the Karlsplatz, a nice streetspot with some skatepark obstacles (a small spine and some quarterpipes).

The last day we went to Hütteldorf Bowl, a massive concrete landscape with a beautiful transition. We got to skate with some Kill it crew guys, so much fun. Shoutout to SebiFox who was mindblowing with his “chillsesh”. 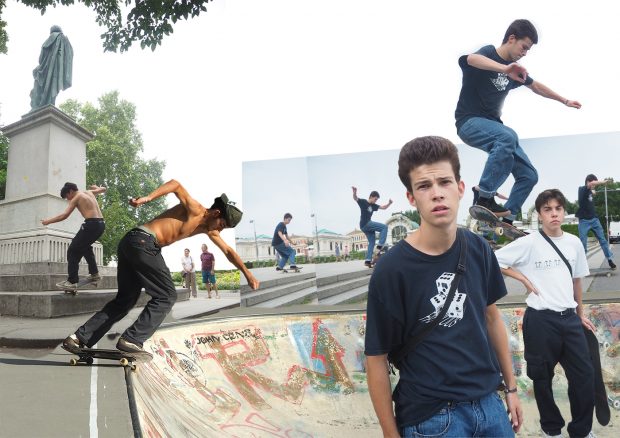 We arrived in Praha and met some other friends from Barcelona. After that we decided to go to Stalin Plaza, a paradise spot. Marble ledges, many pads, stairsets, anything you need for a fun sesh. We fell in love with it. Second day was rainy and we went to Mystik Skatepark. An eco wod indoor park with a nice bowl. Good option for a rainy day.

Last day we went to Stalin Plaza again. The mainplaza has no light but next to it there is a little flattrainrail, a kicker and some ledges also with perfect flatground. Prague has such good beer and architecture. 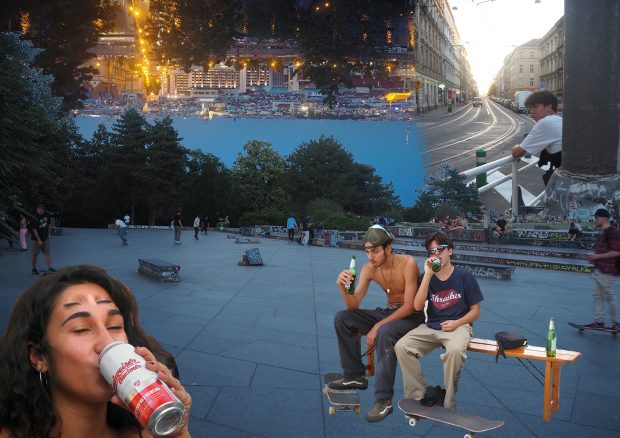 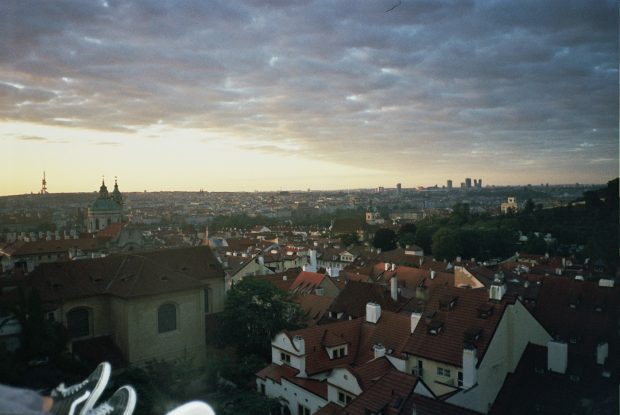 Watching the sunrise in Praha

We arrived in Berlin and went to the DogShitDIY at WarschauerPlatz. It’s a sick park and the lokals are the coolest guys. Hirschi and Kasimir were killing it. After that we got an Instagrill and BerlinerKindl and relaxed. Second day we went to Tempelhof a street plaza placed at the old Naziairport of Berlin. Nice marble ledges, hubbas & stairs. Sick to skate on an historic Airport.

The last day we went to Kunstforum. After that we went to Gleisdreieck Skatepark. Amazing two bowls, so fun to skate even if its usually packed. 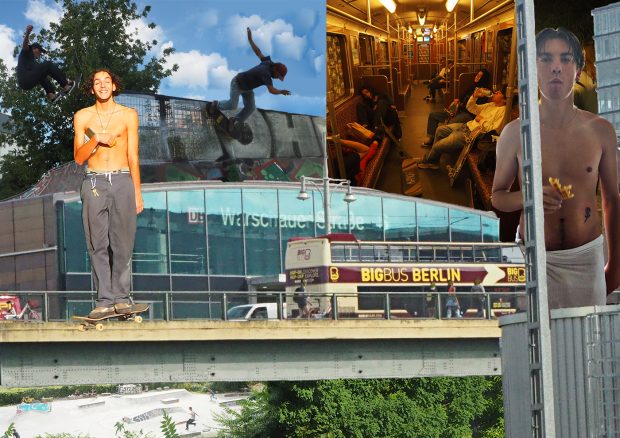 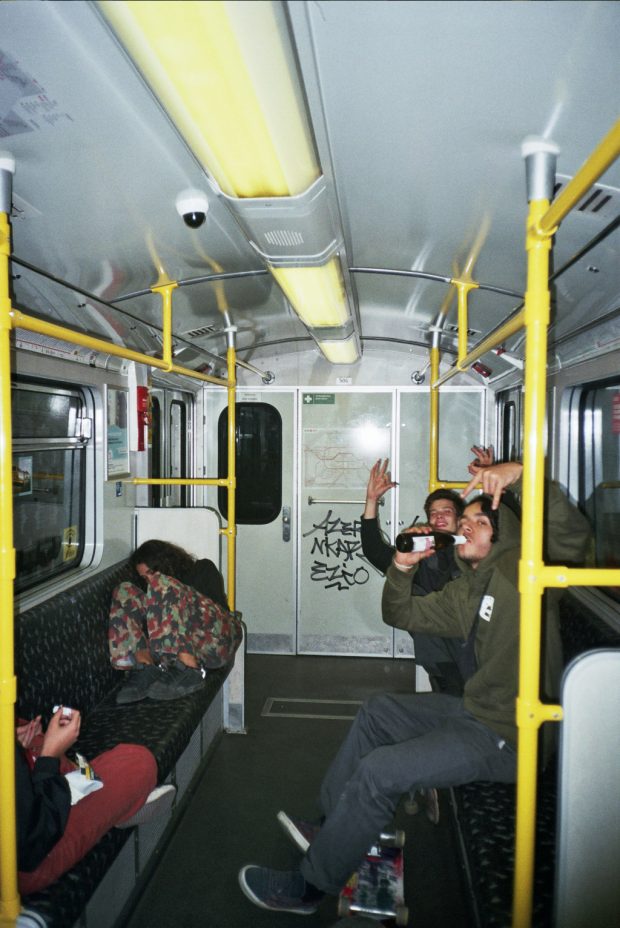 Berlin underground with the skatgirls from BCN

We couldn’t wait to arrive to CPH. After getting to the hostel we went to Cristiania to skate Alis Wonderland and feel the good vibes after an 11 hour trainride. Then we went to Falledparken which is a huge skatepark, it’s amazing. The next day we went to Wonderland at night, there was so much enchiche. People hanging out, hyped to skate, partying and being happy. Nothing else to expect from Cristiania.

The next morning we explored spots around the city and found a little DIY under a bridge at Sydhavn Station. After that we went to Falledparken for a night sesh.

We spent our last day in Cristiania, walking around and thinking about what a peacefull place it is. 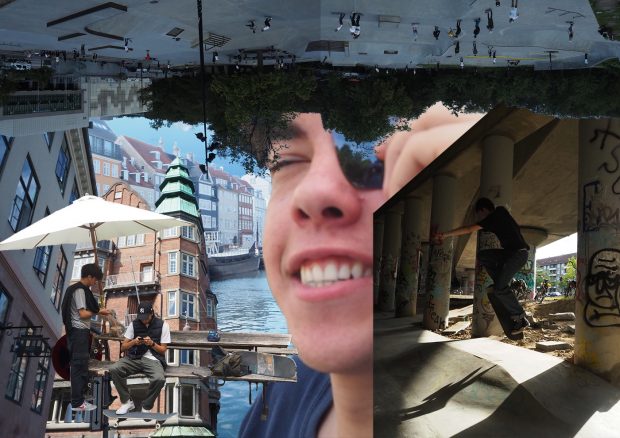 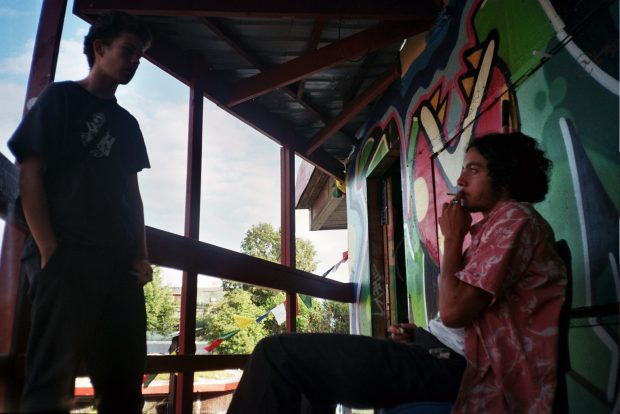 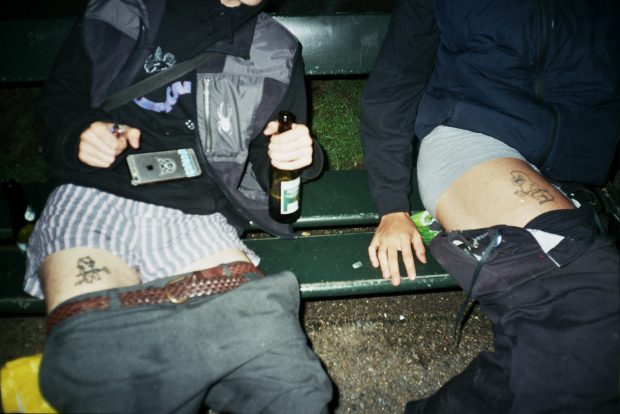 Visiting the mermaid in CPH

We arrived at night and went to Stapelpark, a giant skatepark with beautiful transition an streetarea.

The next day we went to Sibbarb Skatepark and swimming. After we went to the VPS bowl. Going back to the Hostel we found the Svamp, a streetspot next to the Opera. The next morning we decided to start the day there and went to Stapelpark after a swim.

The last day was sad, we went to the Svamp again, after that we went to Volketspark where you can find two beautiful miniramps, then swimming and finishing sesh at Stapelskatepark. 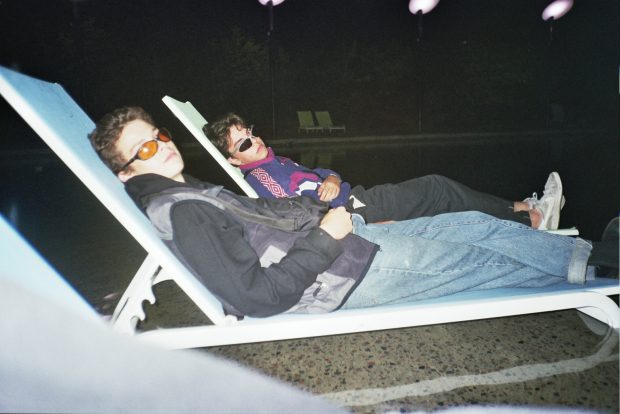 Cant wait to get back, Cheers

Words and Artwork by Joaquim Orga