First runs at the newly finished bowl, naturally, by none other than the designer himself – Julien Benoliel!

Julien Benoliel taking his first runs in the bowl he designed as the concrete is still drying. Backside disaster. 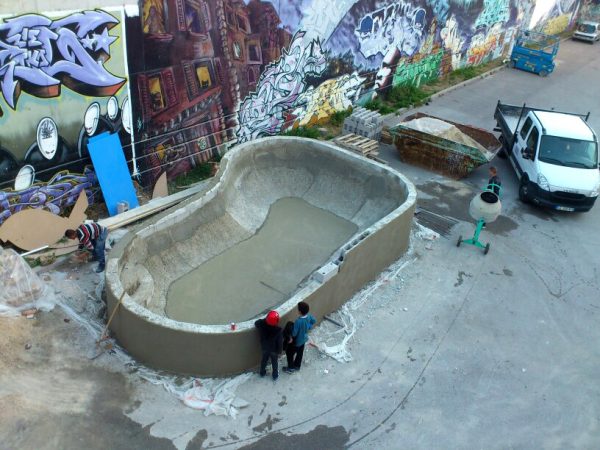 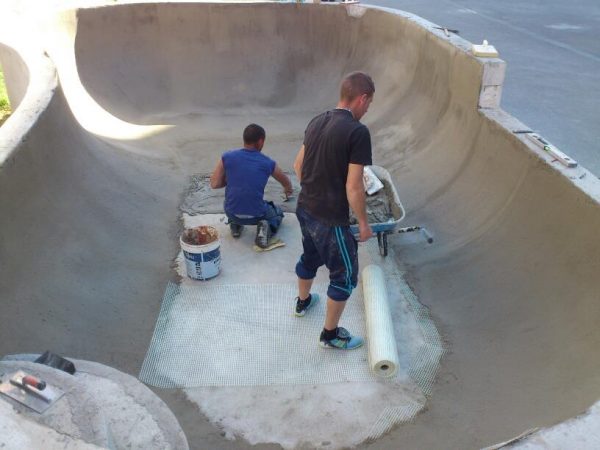 Putting in the pool coping.